“The mind, basically, is a pattern-seeking machine…We tend to seek patterns… and then we tell stories about them.”

Information flows globally and we are there to support you.

THE PEOPLE WHO MAKE IT HAPPEN

Say hello to the executive team at Trendalyze 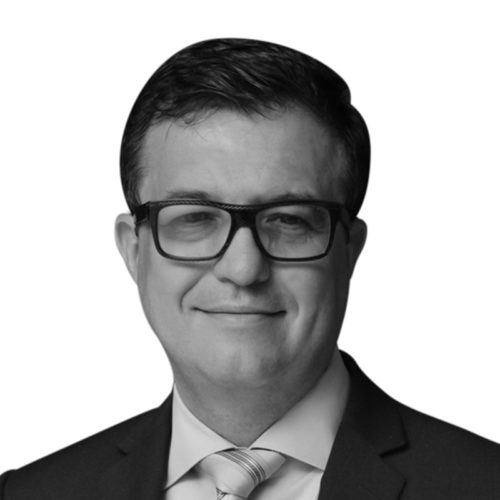 Dr. Rado Kotorov is a co-founder of Trendalyze who holds a PhD in decision and game theory from Bowling Green State University. He has numerous publications on business and technology and has co-authored a book on Organizational Intelligence with Gerry Cohen, founder and CEO of Information Builders Inc. Rado is passionate about discovering new approaches, methods, and technologies for more granular analytics as a means to drive more scientific discoveries and better business outcomes.

Rado has held various executive positions in finance, marketing, product and innovation management at DeBacker Management Inc., ClubMom Inc., and Information Builders Inc. Under his leadership, his teams have delivered an innovative POS and financial platform, a highly scalable campaign and micro segmentation platform, a new reporting format for emailing self-contained interactive reports and dashboards, the first relational database search for business intelligence, the first web-based AJAX ad hoc reporting tool, the first integration of R into a BI platform, and other.

He holds a number of US patents and speaks frequently at industry events on how data and analytics can drive innovation, new business models, new revenue streams, and higher organizational performance. 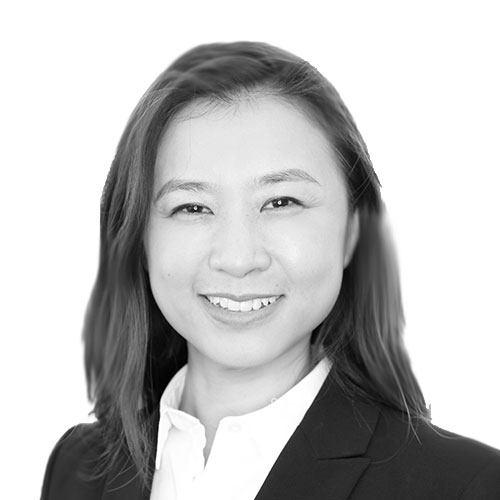 She has lived and worked in London, UK, Tokyo, Japan, and New York, NY working with customers to implement products and solutions with business intelligence, big data analytics, enterprise integration, and cloud-based technologies. 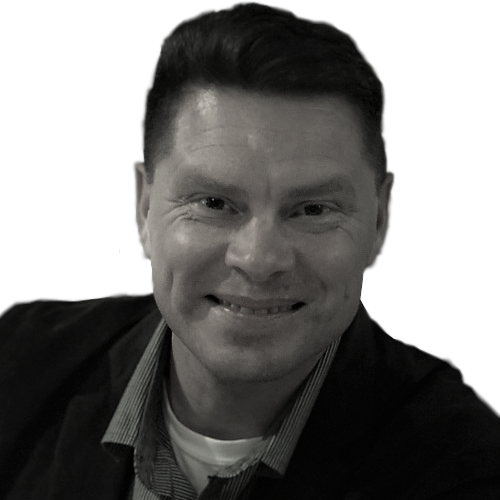 Jeremy have led two international AI teams across the world, culminating in 26 countries and more than 110 data engineers, data scientists and students. Lastly, he shares his cybersecurity expertise through three university cybersecurity bootcamps for more than 80 students, and counting. 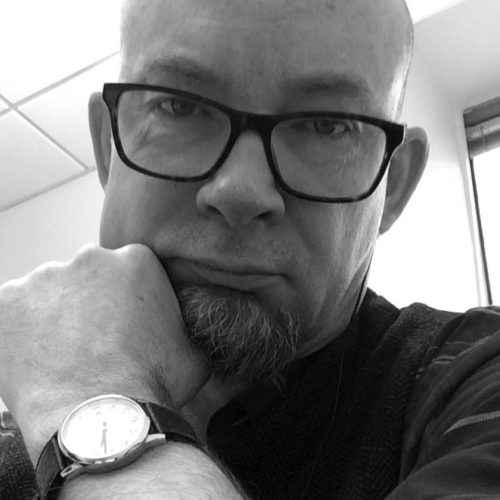 As senior executive, Jeff has led B2B and B2C software design and development, Business Process Reengineering, Digital Transformation, and Digital Marketing for over 20 years for companies like Cathay Pacific, BlueCross BlueShield, The United States Army, Queensway Carleton Hospital, The Michigan State Police, GE Aviation, and many others. He led the UI/UX redesign and modernization at Information Builders Inc. that re-established a 45-year old company as a market leader in the highly competitive Business Intelligence market.

Jeff applies a rigorous design thinking methodology and process to meet aggressive deadlines and deliver projects that result in revenue growth and cost savings. At Trendalyze he will help customers apply the design thinking methodology to monetize their IoT data faster. Given that IoT monetization requires both people and technologies, we expect to bring the time-to-market down to 2-4 weeks instead of 8-12 months for traditional machine learning projects by using proven methodologies and technologies.

Jeff is an accomplished speaker, presenter, and innovative facilitator with a user-centric perspective that brings the enterprise goals and the user support talent to agreement and fast-forward longevity. 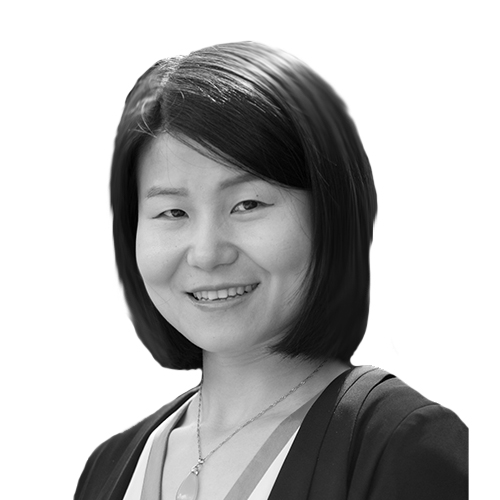 Lianhua Chi is a lecturer in the Department of Computer Science and Information Technology at La Trobe University, Australia. In 2018, as an invited visiting scholar, she visited Harvard Medical School for two months. She completed her dual Ph.D. in Machine Learning and Data Mining at University of Technology Sydney (UTS), Australia, and Huazhong University of Science and Technology (HUST), China in 2015. She joined La Trobe after almost three years at IBM Research Australia where she was working as a Postdoc on Watson Education and Health. Her main research interest is in making sense of big data with effective, agile and interactive data analytics, especially in Health Care area. She has received several awards due to her research contribution, such as ``Best Paper Award``, ``Top 200 Young Researchers Globally``, “Young Global Changer”, ``IBM External Honors`` and “Romberg Grant Award”. She has published more than 30 Research papers in International Conferences and Journals and also filed 3 patents in these or related areas. 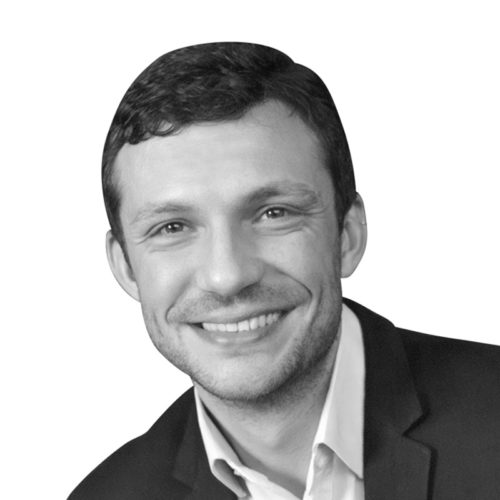 Aside from his role at Trendalyze, Dan is a senior lecturer within the Department of Computer Science at University College London (UCL). He also leads Surgical Robot Vision Group. His research interests and expertise include surgical vision and computational imaging, surgical robotics, image guided therapies, and surgical process analysis.
He is a committee leader for computer assisted surgery and healthcare at MICCAI and IPCAI. Furthermore, he is a deputy editor for the International Journal in Computer Assisted Radiology and Surgery and an assistant editor for the IEEE Robotics and Automation Letters. He holds a first class honors in Electronics and Computer Systems Engineering at King’s College London. He earned his PhD in Computer Science at Imperial College London, specializing in medical image computing. 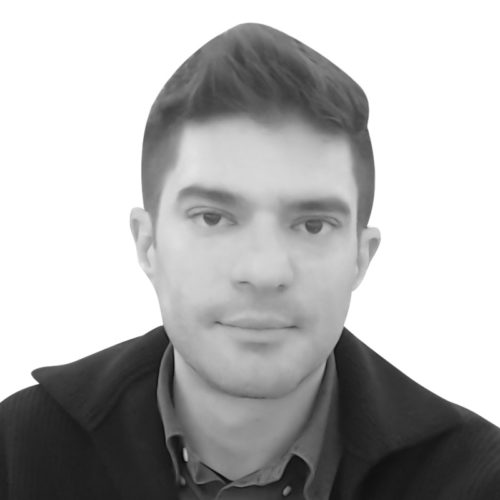 Evangelos B. Mazomenos is a Senior Research Associate at the Wellcome/EPSRC Centre for Surgical and Interventional Sciences, University College London where he works on pioneering autonomous intelligent systems for optimizing surgical interventions, diagnosis and delivery of healthcare. His research interests broadly include surgical skills and workflow analysis, computer vision in computer-aided interventions, biomedical informatics and surgical robotics. He holds a Ph.D. in Electronic and Electrical Engineering from the University of Southampton, UK and an MEng in Electrical and Computer Engineering from University of Patras, Greece.

Susan’s primary research focus is on the nature of the mind, AI, ethics, and cognitive science. Her most recent publications are on superintelligent AI, the nature of thought, the mathematical nature of physics, and whether the mind is a program. Her work has been mentioned in The New York Times, Wired, Science, Big Think, Nautilus, Smithsonian, Discover, and many more.

Susan is a faculty member at the Department of Philosophy Cognitive Science Program (University of Connecticut), and is also affiliated with the Institute for Advanced Study (Princeton), YHouse think tank (New York), Ethics and Technology Group at the Yale Interdisciplinary Center for Bioethics (Yale), Center of Theological Inquiry (Princeton), and other. 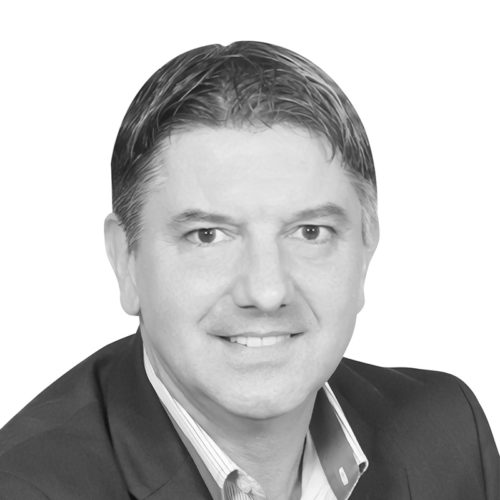 Lorant is an influential business leader in the financial services industry with extensive experience working for some of the largest financial institutions in North America and expert knowledge of the card payments ecosystem and related technologies.

Lorant designed and implemented innovative analytics solutions using the vast and complex data available in the payments space for a variety of business uses. He presented some of these models at the International Conference on Enterprise Information Systems, Artificial Intelligence & Decision Support Systems section and the Institute for Operations Research and the Management Sciences, Pricing and Revenue Management section conferences.

Say hello to the investors of Trendalyze 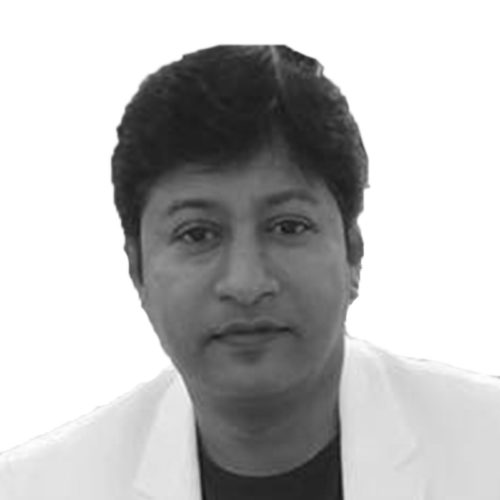 Sunny Pokala is a passionate entrepreneur an avid golfer various charitable organizations across the world. He is a firm believer in the enormous potential of BI and Analytics to transform any business. 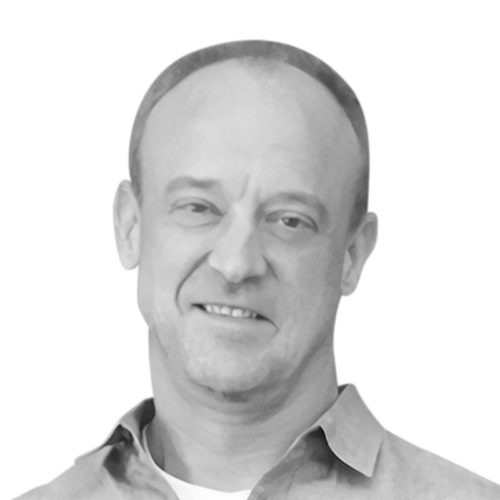 Tom Wisniewski is a Managing Partner of Newark Venture Partners (NVP), a $45M venture capital fund based in Newark NJ focused on Seed/Series-A investments in B2B software start-ups. NVP leverages the resources of its fund investors--Audible, Amazon, Prudential, D&B, among others-- to help scale its portfolio investments. NVP invests both directly into Seed/Series A rounds, and via the NVP Labs Program, all based in its state-of-the-art co-working space co-located with Audible in downtown Newark. www.newark.vc

Tom’s professional career began as a software engineer at Morgan Stanley, followed by several years in investment banking (1987 to 1991). After business school, Tom joined a start-up management consulting firm, the Mitchell Madison Group, that was a spin off from McKinsey. At MMG, he focused on the intersection of Strategy/Operations/IT for financial services, tech, private equity/VC clients (1993 to 2000). The firm grew from start-up to over 1000 professionals and 15 offices and was sold to USWeb/CKS in early 2000. Following MMG, Tom joined Walker Digital, an internet incubator run by Jay Walker, founder of Priceline. During much of the next decade, he advised VC and PE firms on portfolio company turn-arounds, and evaluating new investments. On two occasions, Tom joined the management team of the companies he was serving, to lead turn-arounds and major company expansions.

In addition to NVP, Tom is a Partner of RosePaul Investments, his family office, which has a portfolio of 30 seed stage tech investments as well as 12 VC fund investments. He is a board director of New York Angels, a seed investment group and a frequent speaker at tech-start-up events. He holds a BA in Physics and Philosophy from Clark University, and an MBA from the Tuck School at Dartmouth. 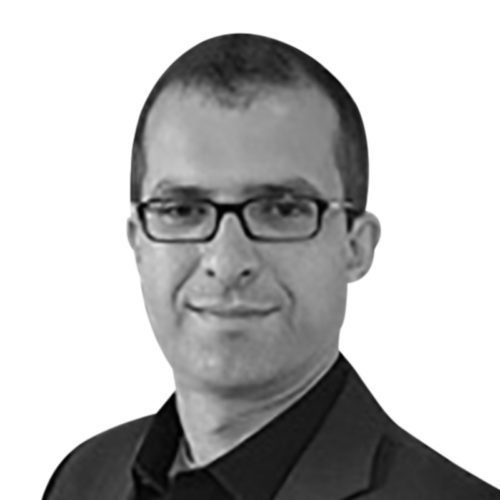 Ivaylo is an experienced technology leader with a strong background in strategy, business development and implementation leadership. He has served as an IT executive advisor to Fortune 500 companies and developed consulting practices for companies such as Deloitte. Ivaylo was a founding partner in a number of successful technology start-ups including Telispark, Concord, and LogicalFactor headquartered in the U.S.
Free Trial

Trendalyze enables professionals to unlock the value of time series data by searching and monitoring for micro trends to monetize profitable opportunities.